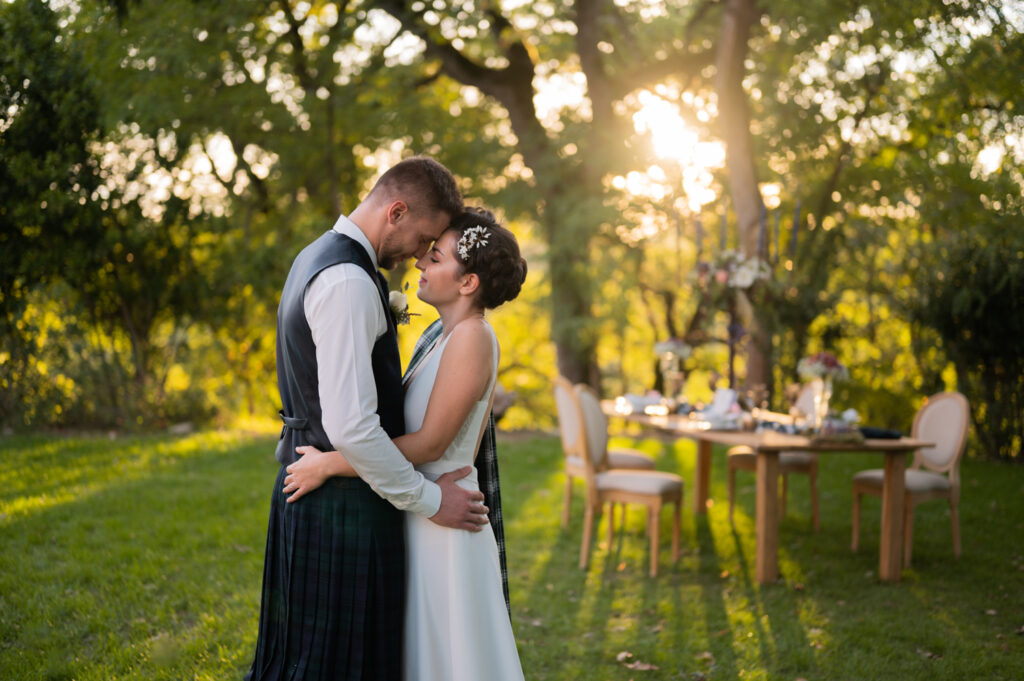 Do you dream of an intimate, romantic wedding that doesn’t require a big budget? Why not try eloping in Toulouse, a beautiful city in the south of France.

The history of elopement

Elopement comes from the English verb « to elope » which means to run away with your loved one. All threw history, laws have been put in place forbidding certain mariages. Young lovers would then flee their native countries in order to get married where the laws were different. A very famous example is English couples eloping to Scotland in the 18th century. In fact, you needed parental consent to marry anyone up until the age of 21. When the parents didn’t approve of the match, the young couple would run off to Gretna Green, a small scottish village by the border, where they would marry in secret. Therefor, since that time, more and more people get married in Scotland, as it is a reminder of the romance of the time.

Nowadays, people still elope but rarely because of the laws. It’s become a very romantic concept that allows the couple to celebrate it more intimately. People generally go and do it abroad. They’ll invite a few friends, at least two witnesses, and maybe a few family members. It’s a very private event that’s more and more popular. 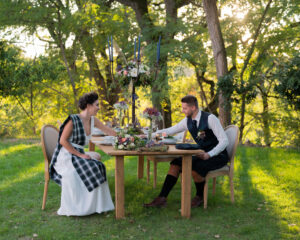 The benefits of eloping in Toulouse

Eloping in Toulouse as a destination wedding

Eloping is the perfect occasion to go aborad, to your dream destination, in order to marry the love of your life. It’s very practical for couples who don’t want or can’t afford a honeymoon. By having a ceremony abroad, the venue possibilites are endless! You can get married by a cliff, at the beach, up in the mountains… Which allows you to get amazing wedding pictures! 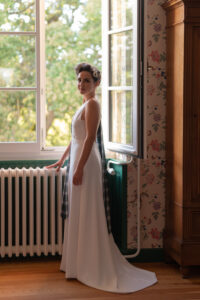 Eloping is perfect for smaller budgets

If you don’t want to spend a fortune on your special day, eloping doesn’t cost much. By going abroad, you obviously have to pay for your travel and accomodation, but unless you chose to pay for your guests as well, it shouldn’t be too expensive. Especially when you compare it to what you’d spend on a « traditional » wedding with 80 to 150 guests. Furthermore, concerning vendors, you won’t need much. A photographer, your outfits, a bit of decoration and the rings. This will allow you to save quite a bit of money.

An elopement in Toulouse

As a wedding planner, I had the honor of accompanying O&T for their elopement which took place at the Puydaniel Château, near Toulouse. The groom being Scottish, he wanted his heritage to be represented at their wedding. Also, they didn’t want a huge party with lots of people so the plan was : eloping in Toulouse. 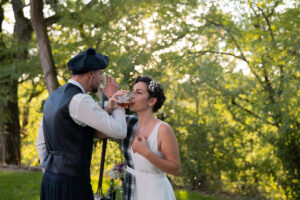 The Toulouse vendors for an elopement

The bride and groom fell in love with the Château de Puydaniel, which is gorgeous with a lovely decor inside. O&T also chose Joaquim for the flowers, and picked furniture and decoration from Options Toulouse. The stationary was ordered from MC Studio.

For the outfits, the bride wore a dress straight out of a fairy tale by Louise Dentelle, with a tartan draping on her shoulder. Her make up and hair was beautifully done by Fabienne Foulquier and Mademoiselle L, with the addition of a delicate accessory designed by Rachel Suhubiette.

The groom wore a traditional Scottish outfit including a kilt and a beret, from Alfred Wood. He also added a boutonnière to his jacket.

Also, O&T wanted a photographer to remember this day by, and chose Zélie Lux. 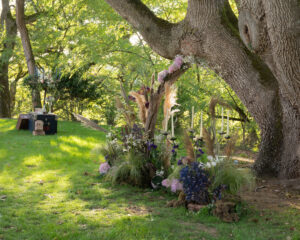 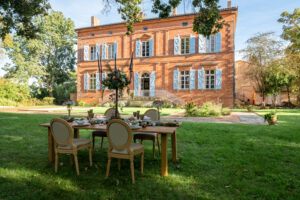 They eloped in October 2022. O&T got ready separately in different rooms of the castle, then met up for a first look before the ceremony. I had the pleasure of being their officiant, as well as their wedding planner, and finished the ceremony with a special ritual. In fact, the only guests were O&T’s witnesses who had picked two bottles of whiskey for the happy couple. They drank one after the ceremony, then boxed the second bottle in order to savor it on their first wedding anniversary.

After that, O&T had their couple’s photoshoot before sharing a lovely meal and speding the evening with their two friends. 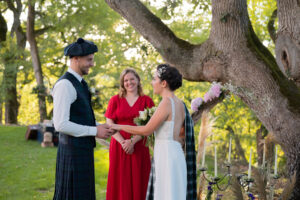 In conclusion, eloping can be quite a scary concept. However, it’s a romantic and intimate way to celebrate your union, just the two of you (more or less). 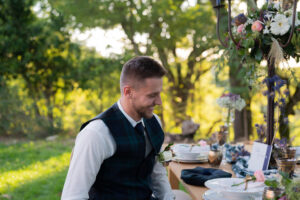 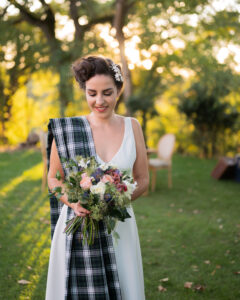